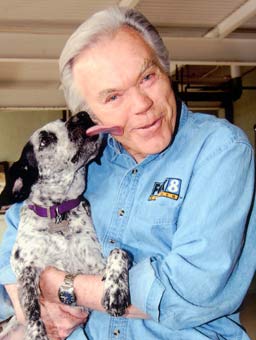 Dick Goddard has served as the chief meteorologist at WJW TV8 in Cleveland since 1966. He forecasts the weather Monday through Friday on the 5, 6, and 10 o’clock editions of Fox8 News. National surveys by Herb Altman Research have twice named him as the most popular local television weatherperson in America. Goddard served with the U. S. Air Force before receiving a Bachelor of Fine Arts degree from Kent State University. A native of Akron, he lives in Medina, Ohio.