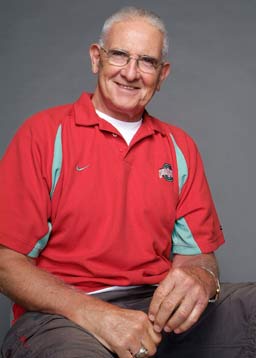 Dick Schafrath won national championships with the 1964 Cleveland Browns and the 1957 Ohio State University Buckeyes. He server four terms in the Ohio senate. He was the first person to canoe across Lake Erie. He has been a businessman and a bear wrestler, and he graduated from Ohio State University in 2006—after only 50 years. He is a native of Wooster, Ohio.