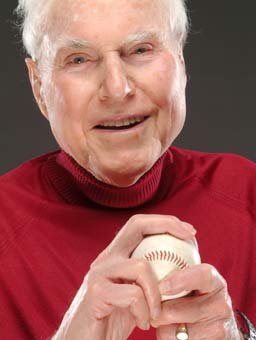 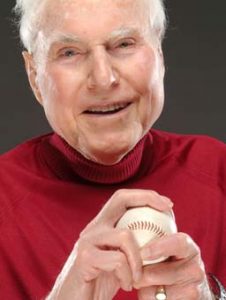 Hal Lebovitz was inducted into the writer’s wing of the Baseball Hall of Fame in 2000. He was a sportswriter for more than six decades. He got his first job covering high school sports for the Cleveland News in 1942 and soon became a beat writer covering the Cleveland Browns and Cleveland Indians. He was hired by the Plain Dealer in 1960 to cover baseball and was that paper’s sports editor from 1964–1982. “Ask Hal, the Referee,” his popular column on sports rules, began in 1957 and also appeared in the Sporting News. A former college athlete, he also coached baseball, basketball, and football and officiated all three sports, including a stint as a referee traveling with the Harlem Globetrotters. His sportswriting continued to appear regularly in the News-Herald (Lake County, Ohio), the Morning Journal (Lorain, Ohio), and several other newspapers, until his death, at age 89, in 2005.