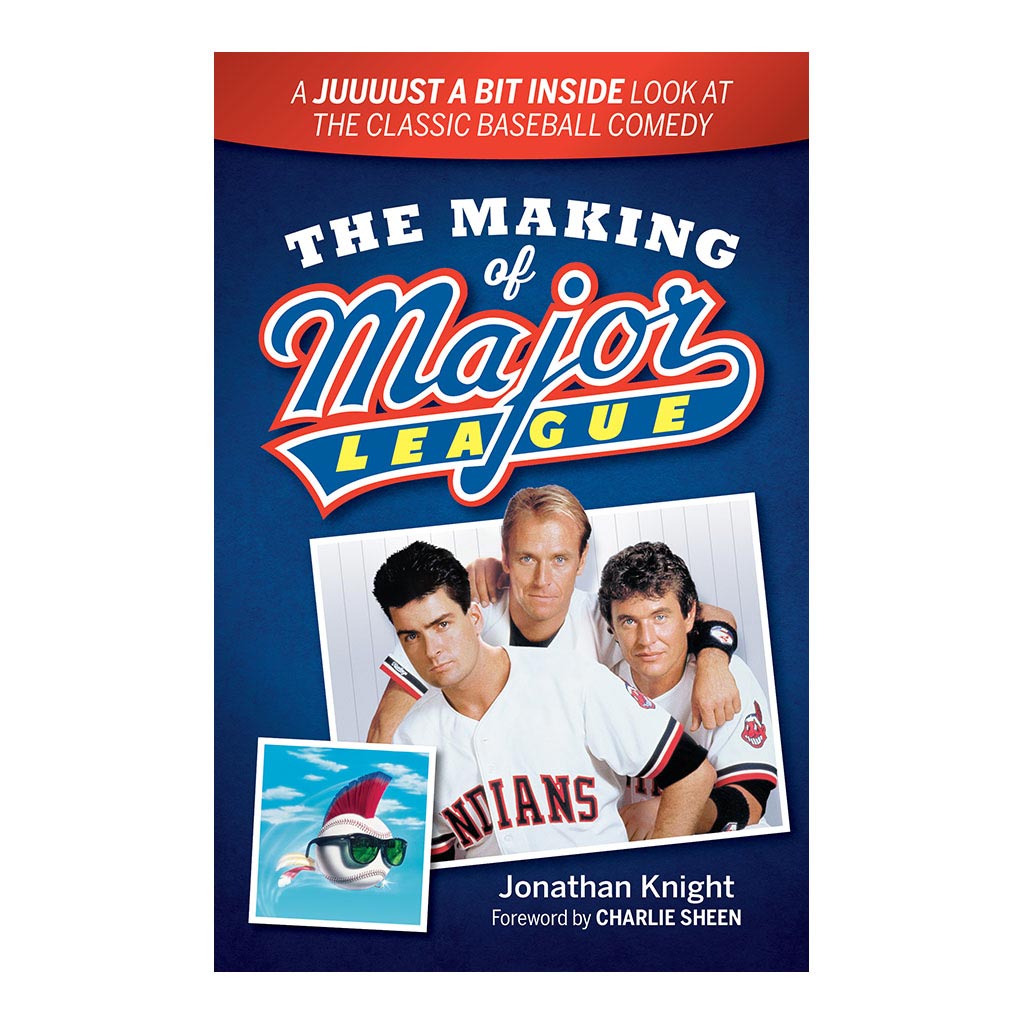 The Cleveland Indians have gone to the playoffs every year since 1989 . . . in the film Major League, that is.

Now a new book, The Making of Major League: A Juuuust Inside Look at the Baseball Comedy Classic, by Ohio sportswriter Jonathan Knight, tells why the movie has had such a lasting impact through stories by the director, producers, cast, crew, and other Hollywood insiders.

The sports comedy about a team owner who attempts to drive down the value of her franchise and the rag-tag group of players who foil her plan didn’t exactly explode at the box office, but found a new life in living rooms around the country on home video. In the ensuing decades the film has spawned two sequels, countless bobblehead nights, assorted catch phrases, and made a cookie-baking nun into a celebrity.

“There was a period of my life when I watched Major League every single day,” author Jonathan Knight said. “I’d come home from junior high school each afternoon, pop the movie into the VCR, and immerse myself in a delicious alternate reality in which baseball was hilarious and the Cleveland Indians were champions.”

“Jonathan Knight has done something I never thought possible,” David S. Ward said, “Uncover things about Major League that I didn’t even know.” The book has anecdotes and trivia about the making of the film, including:

Charlie Sheen wrote the book’s foreword, in which he says: “Before I got into television, I’d done 60-plus films and I’m proud of six of them. Major League is at the top of the list. I’m more proud of Major League than I am of Platoon, and we won Best Picture for that one.”

The Making of Major League: A Juuuust a Bit Inside Look at the Classic Baseball Comedy (Paperback / 255 pages / 45 photos and illustrations / ebook available) is available at Northeast Ohio bookstores and online from Amazon.com and BarnesandNoble.com. More information at www.grayco.com.

About the Author:
Jonathan Knight has written nine books on Cleveland sports. A professional writer and editor, he’s written for TheClevelandFan.com, Football.com, ClevelandBrowns.com, and SportsTimeOhio.com and has been a regular commentator on Northeast Ohio radio and television programs. Called “one of the most articulate and devoted sportswriters in Ohio” by the Akron Beacon Journal, Knight has been praised by the Plain Dealer, Cleveland Scene, Cleveland Magazine, and ESPN’s Grantland.com. He’s twice been named Sportswriter of the Year by the Ohio Prep Sportswriters Association and his writing has been honored by the Press Club of Cleveland. A graduate of Ohio University’s E.W. Scripps School of Journalism, he’s a member of both the Society for American Baseball Research and the Pro Football Researchers Association. He lives in Columbus, Ohio, with his two sons.