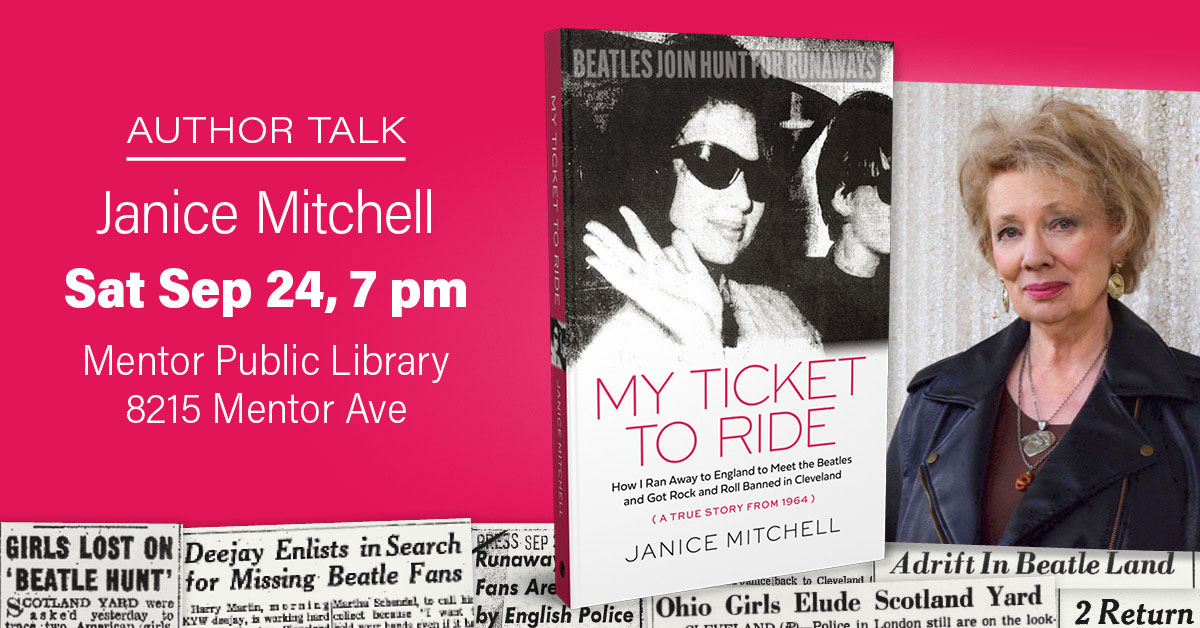 My Ticket to Ride: How I Ran Away to England to Meet the Beatles and Got Rock and Roll Banned in Cleveland (A True Story from 1964)

Thousands of Beatles fans wished they could do it, but 16-year old Janice and her Beatle-buddy pulled off an international adventure in 1964 in the first wave of Beatlemania amid the excitement of the British Invasion. On their own for the first time, they fly to the U.K to start a new life. While they danced the night away to live music at the most fab Soho clubs and hung out with the cutest lads, unbeknownst to them, everyone was searching for them … including Scotland Yard and the Beatles! A PowerPoint is presented for illustration.