The Real Story of Frankie Yankovic and His Music

The definitive biography of an American music legend. Frank Yankovic wowed polka fans around the globe, sold millions of records, and found fame and fortune beyond his wildest dreams. But behind the light-hearted sounds of the accordion stood a man obsessed, struggling with dark emotions while playing the “happiest music on earth.”

“If you ever heard or saw Frank Yankovic perform, you have to read this book . . . Dolgan did a masterful job.” — Polka Times

An uninhibited original, Yankovic earned his international reputation. For half a century he wowed polka fans around the globe with hits such as “Just Because” and “The Blue Skirt Waltz.” He sold millions of records, won the first Polka Grammy, and found fame and fortune beyond his wildest dreams.

But behind the light-hearted sounds of the accordion stood a man obsessed. With a tumultuous touring schedule, a restless temper, disgruntled bandmates, and three failed marriages, Yankovic found himself struggling with dark emotions while playing the “happiest music on earth.”

Yankovic could be lovable, mean, generous, and petty, but always brave and audacious. Above all, he was an entertainer. There may never be another like him.

Farewell to a King

Princes of the Neighborhood

“I Found the Girl”

“Nobody Will Ever Match That Sound”

“He Fired Me Three Times”

“The Best Persuader I Ever Saw”

“Is There a Chance for Me?”

Eddie Blazonczyk: From Rock to Polka

Traveling the Back Roads 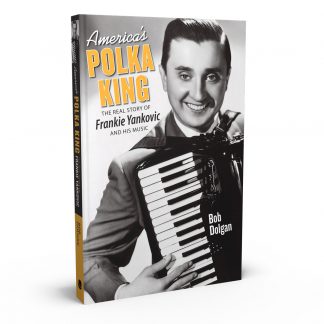