Hilarious and heartbreaking memoirs from one of the most beloved figures in Cleveland history. Linn Sheldon was a pioneering children’s TV host, but offscreen he led a wild life. From a Dickensian childhood in rural Ohio to Hollywood and back, his odyssey includes celebrity, personal tragedy and self-destruction, recovery, and humor throughout.

“A revealing and hilarious look at [Sheldon’s] career, which blossomed along with TV itself. The anecdotes are endless.” — Sun Newspapers

Amazing but true stories from one of the most beloved figures in Cleveland entertainment history.

For 32 years, he was a six-foot-tall elf named Barnaby. That was the character Linn Sheldon played on television, to the delight of three generations of children—and many grownups, too. The role made him a celebrity and defined not only his career but an entire era of local television.

Barnaby was a masterful storyteller who spun imaginative tales out of thin air to enthrall his audience. But no story Linn Sheldon ever invented for Barnaby even compares with the real-life script he lived himself.

He was caught in a Texas tornado, trapped in quicksand, and survived an airplane fire. He was accused of bank robbery and performed stand-up comedy at the point of a gangster’s gun. He was fathered by a drifter, orphaned at birth by his mother’s death, and later abandoned as a small, lonely child to fend mostly for himself. He quit high school to hitchhike across the country with little more than a banjo, and landed among the glitter of Hollywood with a job on the lot of MGM studios.

He fell in love—again and again. He broke into stage acting, helped invent television programming in the earliest days of Cleveland’s first TV station, and became a celebrity. He made a lot of money—and lost most of it, as he drank away his health and the love of the people he cared about the most.

He sobered up, fought ill health, and fell in love again.

And, now, he looks back. In these 29 stories Linn Sheldon, master storyteller, shares his most intriguing tale yet: that of his own extraordinary life. It is a remarkable mix of melancholy, hilarity, irony, and warmth. 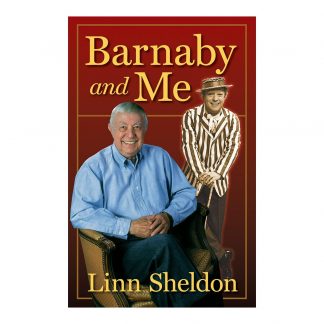