#10 in the Milan Jacovich mystery series. Private investigator Milan Jacovich takes the case of a college student falsely accused of rape by campus feminists. His investigation raises questions that stir up the real culprit and cast a harsh light on campus political correctness.

Everyone has secrets. But college freshman Jason Crowell is especially guarded when an anonymous feminist organization on campus publicly accuses him of date rape. Jason proclaims his innocence but has no idea who the “Women Warriors” are—or even who his supposed victim is.

Jason’s former high school principal, Reginald Parker, believes in the kid. He asks private investigator Milan Jacovich (it’s pronounced MY-lan YOCK-ovitch) to uncover the identities of the secret accusers. Milan would prefer to steer clear of this unpleasant case, but Reggie Parker once saved his life (see Deep Shaker), so Milan agrees to investigate. What he finds surprises him—and eventually leads to murder.

Milan tangles with Jason’s rigid and unfeeling parents, a mean-spirited campus police chief, and an extremely dangerous gang of youths that wants him dead. He quickly finds himself in more trouble than he ever imagined. 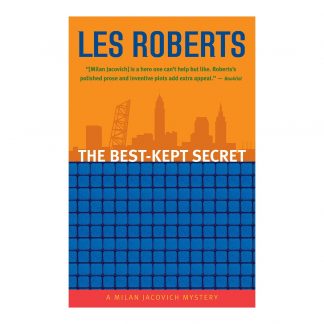