The Best of Hal Lebovitz

The best sports writing of Hal Lebovitz, the dean of Cleveland sportswriters for six decades. Many of his columns were anthologized in “Best American Sportswriting” and other collections, and he won countless national and regional sportswriting awards—among them induction into the writers’ wing of the National Baseball Hall of Fame.

“A Hall of Fame writer at the top of his game.” — The Beacon Journal

Several generations of sports fans grew up reading Hal Lebovitz on the sports pages. Hal covered just about every major sports event over 60 years, reporting on each with honest, straightforward words and firm opinions—and most likely a scoop on the competition. He wrote about the greats—Jim Brown, Bob Feller, Ted Williams, Woody Hayes . . . and the great moments—the Indians’ 1948 playoff game, the Browns’ 1964 championship season, Rocky Colavito’s four consecutive home runs. His writing was featured 17 times in the annual Best Sports Stories and selected for numerous other anthologies. He won countless writing awards and been inducted into 12 halls of fame—including the National Baseball Hall of Fame.

Always, Hal has written for the fans. And for as long as anyone can remember, fans have been reading Hal for his particular take on events. His constant, steady presence in the local sports pages for so many decades has made Hal Lebovitz a legitimate icon in Cleveland sports—a guy who, with his typewriter, has been as remarkable and consistent and rare as a .400 hitter. 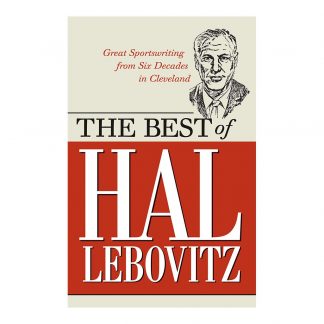