Two Decades of Utter Frustration: Why Everything Kept Going Wrong for the Cleveland Browns

If you’re a Cleveland Browns fan wondering why everything went wrong for your team, here are answers. Veteran sports columnist Terry Pluto explains how the franchise compiled the NFL’s worst record since returning in 1999 in this detailed analysis of upheaval in the front office, frustration on the field, and heartache in the stands.

From their return in 1999 through the winless 2017 season, the Cleveland Browns had the worst record in the NFL. And their fans had ulcers.

Now, veteran sports columnist Terry Pluto explains why everything kept going wrong. This detailed report on two decades of disappointment takes a behind-the-scenes look at upheaval in the front office, frustration on the field, and headaches and heartache in the stands.

His earlier book False Start: How the New Browns Were Set Up to Fail told how the NFL hamstrung the new franchise. Who could have predicted the limping would last 19 years? This book picks up the story.

Season after season began with hope in spring for the NFL draft (“the Browns’ version of the Super Bowl,” a fan called it) . . . often a new coach or GM or quarterback (or all three) . . . then the losses . . . and back to rebuilding.

Pluto reviews all the major moves—draft choices and deals, hiring and firing and reshuffling—and the results. If you’re a Browns fan who wants to understand what went wrong with your team, this is the place to start. 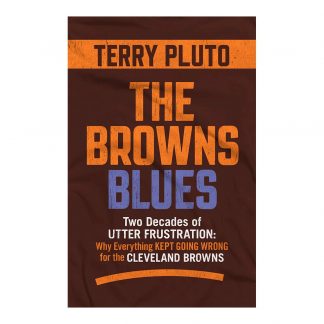