The Cleveland Browns and the 1964 Championship

A nostalgic look back at the upstart AFC Cleveland Browns’ surprising 1964 championship victory over the hugely favored Baltimore Colts. Profiles the colorful players who made that season memorable, including Jim Brown, Paul Warfield, Frank Ryan. Recreates an era and a team for which pride was not just a slogan.

“Pluto movingly reveals the substance of a mythic bond between men and a game, a team and a city—and thus lays bare how present-day pro football has surrendered its soul.” — Kirkus Reviews

The inspiring story of Cleveland’s last champions: The 1964 Cleveland Browns.

A nostalgic look back at the remarkable story of the upstart AFC Cleveland Browns’ surprise championship victory over the hugely favored Baltimore Colts in 1964. Sportswriter Terry Pluto profiles the colorful players who made that season so memorable. He takes us through the entire 1964 season from training camp at Hiram College to the championship game in Municipal Stadium. Along the way he recreates an era and a team for which pride was not just a slogan.

They were a team of men in the truest sense of the words, men who didn’t expect to be coddled, men who didn’t believe the world should genuflect at the mere mention of their names. They had the greatest running back in the history of football, and a coach who wore a hearing aid. Their quarterback had a Ph.D. in math. They had a defensive end who was a preacher, and a halfback who became a millionaire. Together, they won it all.

Back before Free Agency, before shoe contracts and end zone dances, football was a tough game played by men who loved it. They had real jobs in the off season, as insurance salesmen or manufacturers’ representatives, and they lived in the community where they played. They were grateful to the fans for their support and believed that nothing they accomplished was important unless the team won.

The Last Days of Paul Brown

Preparing for the Colts

The Game of Their Lives 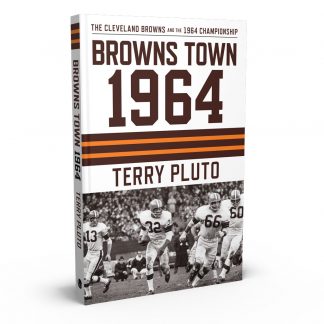