Those boisterous, colorful, exciting meccas fulfilled the fantasies of entertainment-hungry Clevelanders. Each park had its own personality, its own alluring smells and sounds. At Euclid Beach it was the stately sycamores and the unforgettable odor of the lake and of damp earth beneath the pier. At Puritas Springs, the odor of warm oil on the chain of the Cyclone coaster. The chatter of Monkey Island at Luna Park, the sharp reports of the Shooting Gallery at Geauga Lake.

David and Diane Francis, authors of several books on amusement park history, including “Cedar Point: The Queen of American Watering Places,” draw on their own extensive archive and on the memories of fellow park buffs to create a vivid, nostalgic portrait of days gone by. 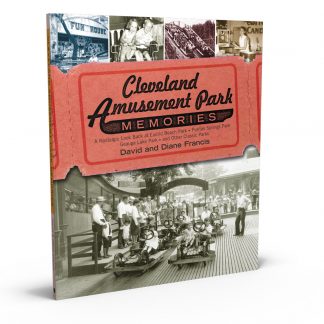