#8 in the Milan Jacovich mystery series. Milan goes international when he’s hired to find out who murdered a hotshot young Cleveland attorney vacationing in the Caribbean. Turns out, the lawyer left a lot of loose ends behind in Cleveland—one of which will lead to a tragic personal loss for Milan.

Hotshot young Cleveland lawyer Joel Kerner is shotgunned to death on a lonely beach on the Caribbean island of San Carlos. The local police are inept, and the Cleveland cops can’t operate outside their jurisdiction, so Kerner’s sister Patrice comes to private eye Milan Jacovich (it’s pronounced MY-lan YOCK-ovich) to discover the truth about her brother’s murder.

Milan flies to San Carlos to investigate—a pleasant three-day working vacation that doesn’t keep him from getting stabbed in an alley and rousted by a high-level international cop.

Back in Cleveland, he asks his best friend, homicide lieutenant Marko Meglich, for some unofficial help. But he runs up against Kerner’s angry father, a world-famous labor attorney, along with the bevy of beautiful women Joel Kerner left behind and a powerful union leader known around town as “The Irish.”

Milan marches forward to solve the case, though it will eventually cause him a tragic and insupportable personal loss. 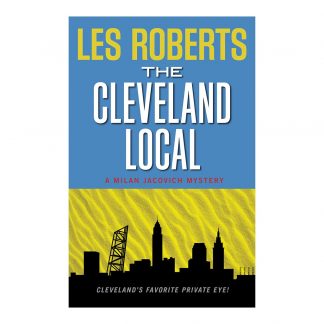