#7 in the Milan Jacovich mystery series. Milan hunts down the stalker and murderer of a beautiful local television anchor, and uncovers scandal, ambition, and intrigue at one of Cleveland’s top TV stations.

Private investigator Milan Jacovich (it’s pronounced MY-lan YOCK-ovich) goes behind the scenes to uncover scandal, ambition, and intrigue at one of Cleveland’s top TV stations as he hunts down the stalker and murderer of a beautiful local television anchor.

Milan has just moved his offices to an old building on the banks of the Cuyahoga River in an area called the Flats. There, he receives a surprise visit from a former love interest, Mary Soderberg, who left him for her influential boss, TV executive Steve Cirini. One of their newscasters, the beautiful Virginia Carville, has been murdered, and Cirini, who was having an affair with her, is the chief suspect. Mary wants Milan to bail her cheating boyfriend out of the jam—for old times’ sake.

Milan doesn’t like Cirini at all, but takes the case even though he’s unsure of the man’s innocence. Or is the culprit the obsessive station-manager Nicky Scandalios, the longtime anchorwoman Vivian Truscott, or a survivor of child abuse named Violet Grba? For that matter, could it be Milan’s old flame Mary Soderberg herself? 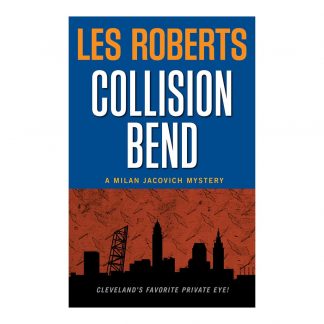