Relive the most thrilling seasons of Indians baseball in recent memory! Cleveland’s top sportswriter teams up with the Tribe’s veteran radio announcer and fans to share favorite stories from the first years of Jacobs Field, when a star-studded roster (Belle, Thome, Vizquel, Ramirez, Alomar, Nagy) and a sparkling ballpark captivated an entire city.

Relive the most thrilling seasons of Cleveland Indians baseball in recent memory!

Remember the excitement of those first years at Jacobs Field? When it seemed the Indians could find a way to win almost any game? When screaming fans rocked the jam-packed stands every night? When a brash young team snapped a forty-year slump and electrified the city?

Those weren’t baseball seasons, they were year-long celebrations.

Step back into the glory days with sportswriter Terry Pluto and broadcaster Tom Hamilton as they share behind-the-scenes stories about a team with all-stars at nearly every position . . . a sparkling new ballpark . . . wild comeback victories . . . a record sellout streak . . . two trips to the World Series . . . and a city crazed with Indians fever.

These two Cleveland baseball veterans were there for it all. Now, they combine firsthand experience and in-depth player interviews to tell a richly detailed story that Tribe fans will love. 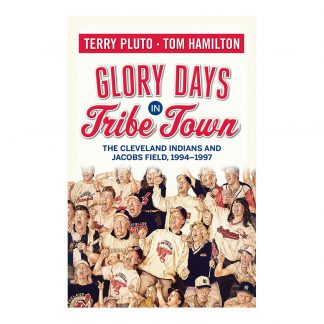