#11 in the Milan Jacovich mystery series. Milan investigates the murder of an elderly Native American man and the kidnapping of the man’s grandson by a local mobster. Milan runs into murder and a suspense-filled finish including a shoot-out in the fountain plaza at downtown Tower City.

Veteran private eye Milan Jacovich (it’s pronounced MY-lan YOCK-ovitch) is rarely surprised. But his attention is grabbed one day by a Native American man wearing traditional clothing and waist-length, iron gray braids, sitting across the street from his suburban Cleveland apartment for twelve hours in a driving snowstorm.

When the old man is found murdered and floating in the river the very next day, Milan feels the unsettling urge to do something about it.

He’s already working on another case—a simple one, he thinks. The CEO of a local toy company has hired him for a background check on his new accountant, David Ream. Milan quickly learns Ream is not at all what he seems to be, and the case gets very messy, very fast.

Dancing dangerously between the two cases, Milan runs into more murder and a suspense-filled finish including a shoot-out in the fountain plaza at downtown Tower City. 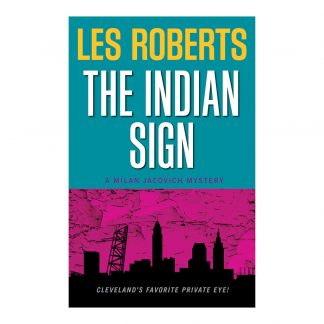