FREE shipping for orders of $35.00 or more!
The Irish Sports Pages - Cleveland Mystery by Les Roberts

#13 in the Milan Jacovich mystery series. Milan is hired by a wealthy judge who has a serious problem that she wants kept quiet. Things get noisy when a dead body turns up, and Milan finds himself tangled in the world of a local Irish godfather who is connected with the IRA—and face to face with an old flame.

A slick con man, posing as a recent immigrant from County Mayo all alone in America, is preying on the clannish loyalties of the Irish community in Cleveland for gifts, money, and other less tangible treats. When Common Pleas Judge Maureen Hartigan realizes she’s been bamboozled, she and her daughter, Cathleen, hire private eye Milan Jacovich (it’s pronounced MY-lan YOCK-ovitch) to chase down the swindler. But the con man turns up dead in a skanky motel room, and Milan finds himself tangled in the world of the local Irish godfather, Con McCardle, who is connected with the IRA.

Milan also finds himself once again face-to-face with Cathleen Hartigan, an old flame that never quite kindled. Their own feelings clash with the more urgent need to solve a murder. And he learns a few things about Irish customs and cultures—including “the Irish sports pages.” 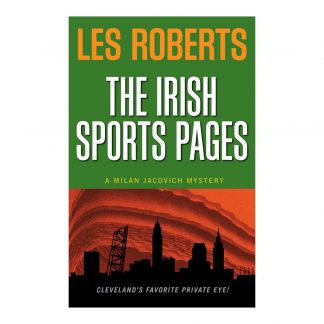