The Killer in the Attic

“Fascinating and yes entertaining . . . often in a bizarre way that leaves the reader feeling guilty for being so entertained.” — Medina County Gazette

• Love-crazed Clark Hill, who warmed up his teenage girlfriend with an overdose of Spanish Fly in her milk shake;

• The chilling Cuyahoga River scow disaster, in which 16 clinging, drowning men fought so desperately to stay afloat that they dragged each other to the dark bottom of the river;

• Not-so-friendly Dorothy Kaplan, who deposited shards of glass in her neighbors’ milk in hopes of helping slow the “noisy” couple down a bit;

• Mafia legend Shondor Birns, whose high-profile life of crime came to an explosive end when he started up his Lincoln Continental one fine day;

And other detailed and compelling accounts of the unspeakable. 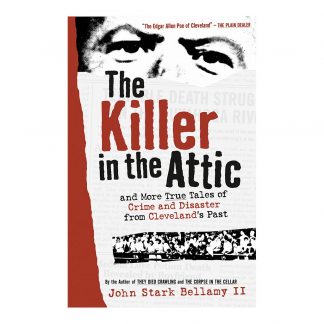