LeBron James: The Rise of a Star

From high school hoops to #1 NBA draft pick. An inside look at LeBron James’s youth and high school years, when he was basketball’s hottest young prospect, poised at the brink of superstardom. Sportswriter David Lee Morgan covered the LeBron phenomenon from the begining and had unequaled access to LeBron, his family, and his close friends.

“A well-rounded, personal portrait of the young superstar” — Booklist

An up-close look at young LeBron James when he was basketball’s hottest prospect, poised at the brink of superstardom.

Sportswriter David Lee Morgan covered the LeBron phenomenon for the Akron Beacon Journal starting with LeBron’s freshman year in high school and had unequaled access to LeBron, his family, and his close friends. He saw the exceptional play on the basketball court and the surprising poise with which LeBron has handled the pressure, the scrutiny, the criticism that arrived with the early onset of fame.

The odds were against James from the start. Born in poverty to a 16-year-old single mom, without a stable home for the first decade of his life, LeBron could have become just one more scarred product of a rough childhood in the projects. Instead, he became the darling of the sports world—and he plays the part well.

He was called the best high school basketball player ever. He made the cover of Sports Illustrated as a junior, was featured on national television, and signed more than $100 million in promotional contracts before the end of his senior year. It was no surprise when he became the no-doubt-about-it No. 1 pick in the NBA draft right after high school graduation.

This is a story for any fan who wants to get to know LeBron better, and for anyone curious about how a high-school basketball phenom is made.

Friends to the End 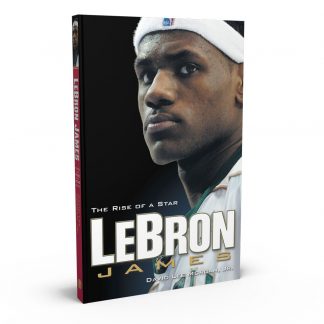