The Maniac in the Bushes

And More Tales of Cleveland Woe

Thirteen more incredible true stories of Cleveland crime and disaster from the author of “They Died Crawling.” Meet Martha Wise, the Merry Widow of Medina, who poisoned relatives because she enjoyed funerals; Cleveland Safety Director Eliot Ness and his nemesis, the “Mad Butcher of Kingsbury Run”; and many other local heroes and villains.

• The unspeakably horrible Collinwood School Fire of 1908, in which 172 schoolchildren perished in panic because of obstructed fire exits;

• Hammer-wielding Velma West, a big-city girl of Cleveland’s Jazz Age driven to murder her small-town husband by the slow pace of life of Painesville—and her own obsession with another woman;

And many other local heroes and villains in these compelling tales of mayhem, melancholy, and mystery. 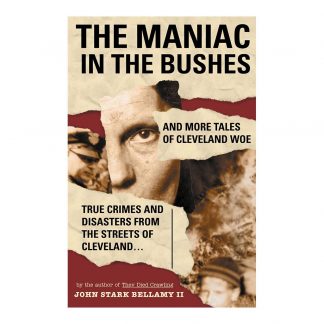