#1 in the Milan Jacovich mystery series. Introducing Milan Jacovich, the private investigator with a master’s degree, a taste for klobasa sandwiches and Stroh’s beer, and a knack for finding trouble. An advertising exec disappears from a posh suburb, and Milan’s search leads from sleek corporate offices to some of Cleveland’s meanest streets.

Milan, an ex-cop, Vietnam veteran, and former football player, is a private investigator with a master’s degree, a taste for klobasa sandwiches and Stroh’s beer, and a knack for finding trouble.

Milan gets a cryptic late-night phone call from high-powered advertising executive Richard Amber, who wants to pay him a thousand dollars for twelve hours of bodyguard service. But when Milan gets to the Amber house in the elegant suburb of Pepper Pike, no one is home. The next morning, Amber’s beautiful but brittle wife hires Milan to find her husband, who, it seems, has disappeared.

The search will lead Milan through the haunts of the very rich, including an exclusive country club where the Slovenian American sleuth almost loses his life, and onto some of Cleveland’s meanest streets. He’ll meet Cleveland mob kingpin Don Giancarlo D’Allessandro and his sophisticated but deadly nephew Victor Gaimari, and even cross paths with the governor of Ohio. 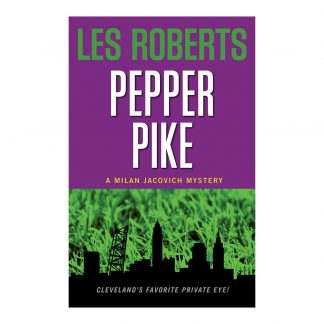