A Shoot in Cleveland

#9 in the Milan Jacovich mystery series. Milan is hired to babysit a Hollywood star with a playboy reputation while he’s shooting a film in Cleveland. But keeping him out of trouble is like keeping your hat dry during a downpour, and Milan winds up in deep trouble himself.

Hollywood producer Sidney Friedman has chosen Cleveland as the location for his new hope-to-be-blockbuster film, Street Games. The “shoot” is just getting underway, and the film’s star is the movie industry’s most notorious bad boy, Darren Anderson. Friedman hires Cleveland private investigator Milan Jacovich (it’s pronounced MY-lan YOCK-ovich) to watch over the unruly young actor and keep him out of trouble. Milan, still suffering from the tragic loss of his friend, has no interest in moviemaking but signs on just to keep himself from going crazy brooding.

Keeping Darren Anderson out of trouble is like keeping your hat dry during a downpour. He’s too rich, too famous, too good-looking, and too young to handle it responsibly. When he’s accused of seducing the fifteen-year-old daughter of a local furniture mogul, Milan gets disgusted and quits the job. But murder isn’t far behind—and suddenly Milan is elbow-deep in all sorts of things that have nothing to do with a Saturday afternoon at the movies. 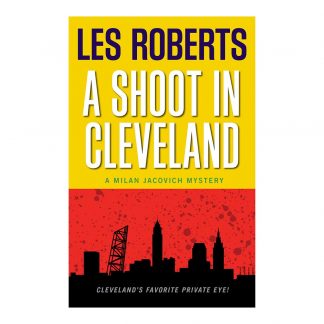