These stories go backstage at legendary Cleveland rock music venues of the 1950s to ’90s—clubs like the Agora and the Phantasy; halls like Public Auditorium and the Cleveland Arena; bars like the Euclid Tavern and Leo’s Casino; haunts like Swingo’s; the cavernous Municipal Stadium—and more. Told by and about the people who worked and rocked there.

Let’s head backstage as Cleveland club owners, talent bookers, performers, promoters, and concertgoers share stories from the 1950s through 1990s about the region’s most notable rock music venues, including . . .

The Coliseum at Richfield 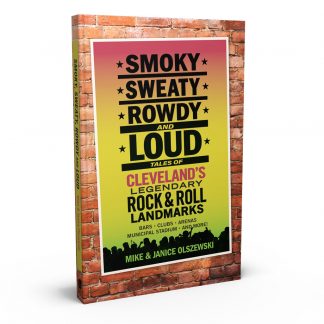