Dominick Candiotti is a paid assassin for the shadowy Brownstone Agency, but he wants out. His anonymous boss turns the tables and assigns fellow agents to eliminate him. On the run, Candiotti tries to stay a step ahead of deadly pursuers while tracking down his nemesis boss and uncovering secrets from his own past. A gripping cat-and-mouse tale.

Dominick Candiotti is a paid assassin employed by the shadowy Brownstone Agency. After one too many assignments, weary of the violence and a life of temporary identities, he wants to leave the profession. His anonymous boss, code-named “Og,” isn’t happy with the decision; he turns the tables on his employee and assigns fellow agents to eliminate him. Now on the run, Candiotti fights for his life, trying to stay one step ahead of deadly pursuers while he tracks down his nemesis boss and uncovers secrets from his own past. It’s a gripping tale about the struggle for power and a suspenseful game of cat-and-mouse that leads through several U.S. cities. This is the second suspense novel featuring Domninick Candiotti by Les Roberts. He first appeared in “The Strange Death of Father Candy.” 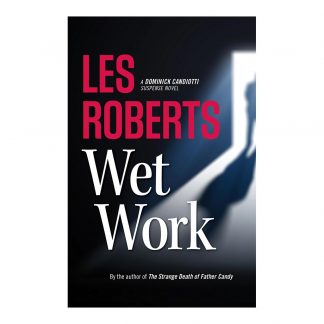