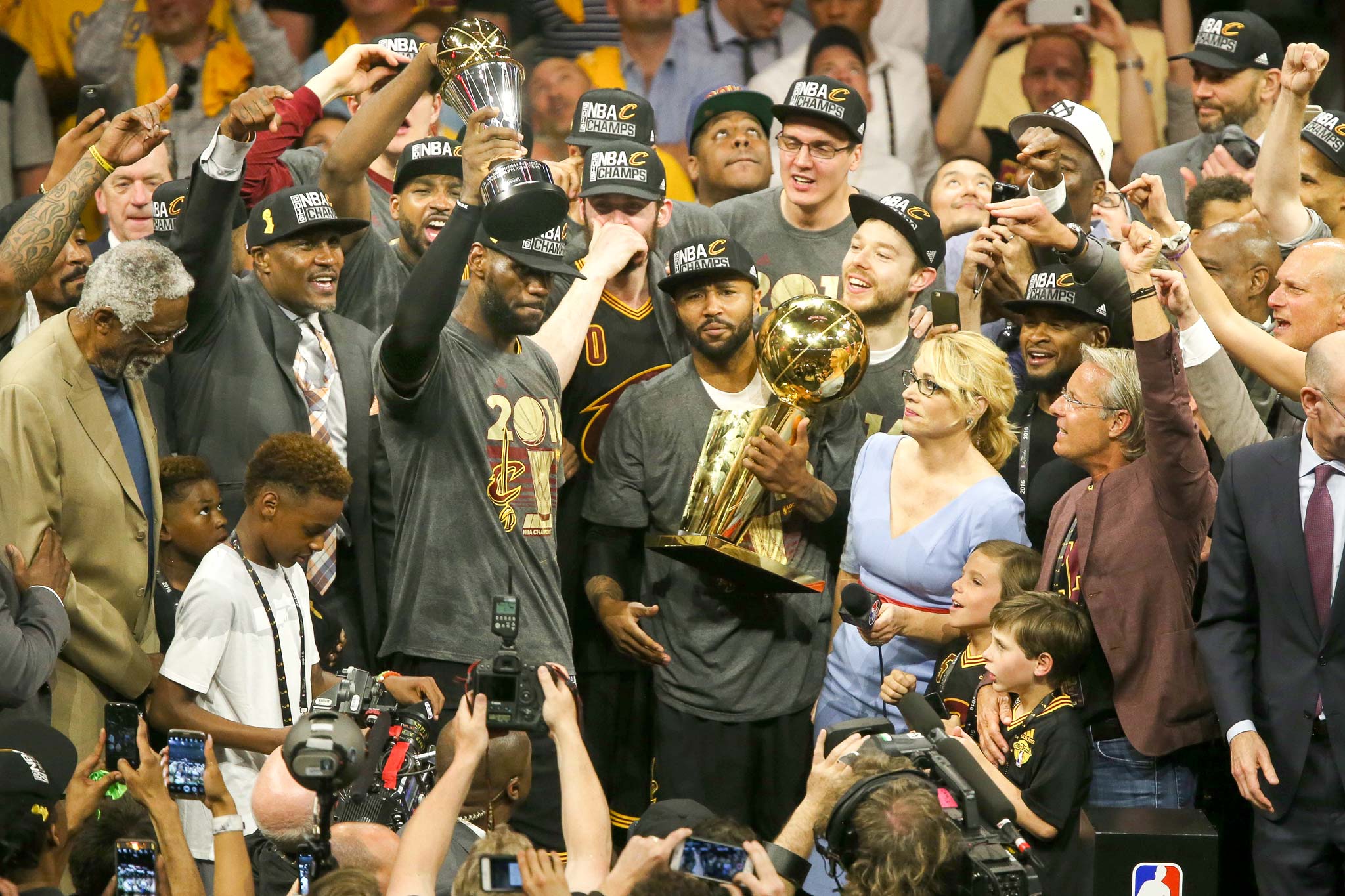 From The Comeback: LeBron, the Cavs & Cleveland, by Terry Pluto

This excerpt starts 48 hours before Game 7 of the 2016 NBA Finals. The Cavs are down three games to one, on the brink of elimination, yet unintimidated and ready for the pressure.

It’s a long story how it happened, but I ended up talking to Cavaliers general manager David Griffin for about 30 minutes just 48 hours before the Cavaliers faced Golden State in Game 7 of the NBA Finals.

“Our guys needed this,” he said.

“Getting down 3-1,” he said. “Having a chance to do something no team has ever done before. I can’t explain why, but these guys respond to extreme adversity. I wish it wasn’t like that, but it is with this team.”

What I didn’t know at the time was Griffin had spoken to the team after the Cavs were down 3-1. He talked about how the Cavs were not done, that this was exactly the type of situation where they thrive.

I mentioned how Golden State coach Steve Kerr sounded a bit shaky about his team’s chances. Kerr and Griffin are close friends. They had worked together in the Phoenix Suns front office for a few years.

“All the pressure is on them,” said Griffin. “It really is, and they know it. Think about what they’ve done this year . . . and how they never expected to be in a game like this.”

I also thought about how no one on the Warriors — among their key players — had been in a Game 7 quite like this.

Griffin talked about how LeBron was “in great shape, really fresh.” He praised LeBron for his training techniques, and also working with the Cavs’ sports science people to have his body ready for huge, pressure minutes in June.

“We are coming together,” Griffin said. “A lot of the garbage from the regular season is gone. Adversity galvanizes us. We’re very together right now. I expect us to win. LeBron doesn’t care where the game is played. He won’t be intimidated, and the rest of the guys won’t, either.”

A member of the Cavs told me this story.

The team was flying from Cleveland to San Francisco after Game 4. The Cavs had lost and were down, 3-1.

The person was watching the reaction of the players. Most media people and fans believed the series was over. History pressed down hard, the Cavs’ chance to emerge as champions was barely above zero.

Would the players be looking at their phones and computers, thinking about where they’d vacation after the season?

LeBron and James Jones were looking at a tablet, staring at video of the game. Soon, a few players came around. Then more players.

The coaches realized LeBron and Jones had their heads into the next game. They were pointing out ways the Cavs could win, how the series was not even close to being over.

As this member of the Cavs told me, “That’s when I realized something very special could happen.”

It’s also when the power of LeBron and his influence on the team was never greater or more important.

The Cavs won that Game 5 in Oakland. And Game 6 in Cleveland. And they flew back to San Francisco (where the team stayed) believing they could win Game 7, too.

But the start of that confidence began on that flight after Game 4.

About three hours before Game 7, I arrived at Oracle Arena.

I had written a column under the headline: WHEN THE CAVALIERS WIN, THERE SHOULD BE NO EXCUSES FROM THE GOLDEN STATE WARRIORS.

It was my story, but I admit — it was hard to stick to it.

But something Cavs veteran Richard Jefferson said before Game 7 stuck with me. He was talking about LeBron.

Those weren’t LeBron’s exact words, but it was the message the Cavs were feeling.

“I can’t think of too many players who have put that type of pressure on themselves and then delivered more times than not,” said Jefferson. “He embraces it. That shouldn’t go unnoticed. It’s something that should be recognized by the fans.”

The season was down to one last game.

“Like I told you the other day, it’s two of the greatest words — Game 7,” LeBron said before Game 7. “So I’ll play it anywhere.”

Sitting in that arena before the game, I thought the Cavs would win.

I didn’t want to finish that sentence.

But you know what happened — the Cavaliers did win.

That’s what I thought when Stephen Curry’s awkward 3-point shot from the top of the key banged off the rim and the clock ran down.

I took a deep breath and thought about two things:

So I started that story with the obvious — lots of us were crying.

I began to think about what happened.

When LeBron held the championship trophy and wept, he represented all of the Cleveland sports fans who had waited so long for this to happen. Game 7 was when fans watched the Cavaliers put up a stop sign to a streak of 143 seasons in which no major Cleveland sports franchise had won a title — the last being the 1964 Cleveland Browns.

All the gnashing of the teeth and all the talk of Cleveland curses . . .

And all the twisted delight some in the national media would take when a Cleveland sports team would fail . . . once again . . . to win a title.

It ended in Oakland’s Oracle Arena, where the Golden State Warriors almost never, ever lose.

It ended when LeBron brought the Cavaliers back from a 3-1 deficit, something no team ever was supposed to do.

It didn’t happen in some strange way. No asterisk can be slapped on the Cavaliers being the NBA champions.

As LeBron wrote in his essay announcing his return to the Cavs in July of 2014: “In Northeast Ohio, nothing is given. Everything is earned.”

Every point in that pressure-packed, gut-twisting, sweat-oozing 93-89 victory was earned.

As he said on the court after the game, “Cleveland, this is for you.”

From the book The Comeback: LeBron, the Cavs & Cleveland, © Terry Pluto. All rights reserved.

Read the previous sample from this book: Waiting for LeBron