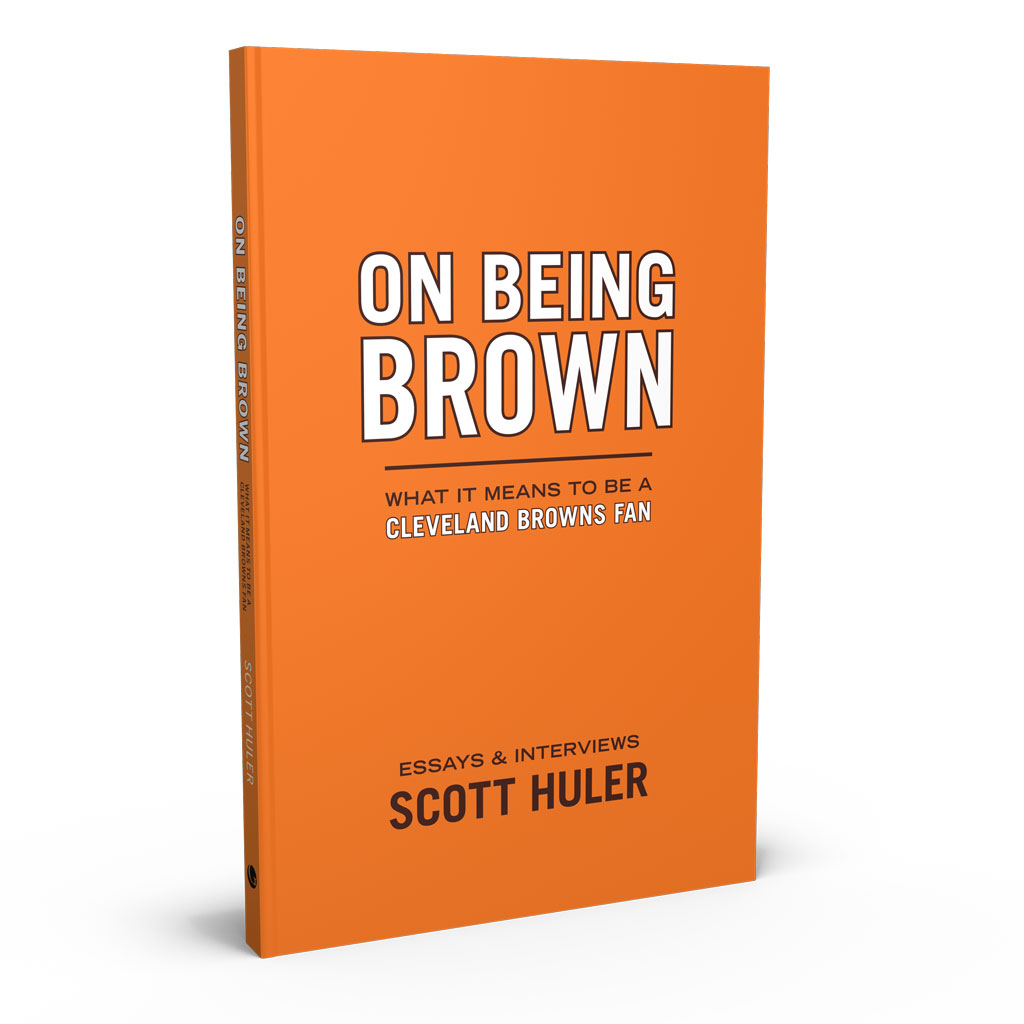 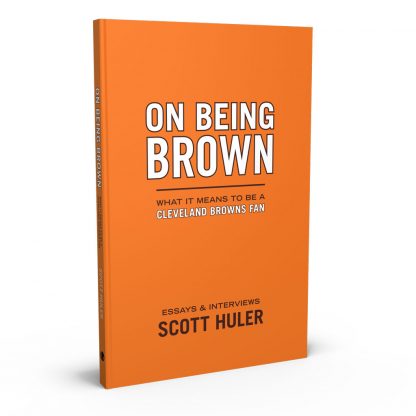 From On Being Brown by Scott Huler

Start, naturally enough, with the ground. The ground on the field of Cleveland Municipal Stadium is as brown as dry, dead leaves, as brown as any ground has a right to be, as brown as any ground on which men play professional sports. On sunny days it is a yellow, sandy brown, but the first time I ever see it, during a dispirited 6–2 Browns loss to the Dallas Cowboys, it is a wet, muddy brown in a thick stripe down the middle of the field. The game is longtime coach Blanton Collier’s final home game, and the uneventful loss means more than I have any way of knowing at the time. Collier is the last man to guide the Browns to a championship, but to me this means little; I am only 10, and I know nothing of history. And this is, after all, the first time we meet.

Brown is the color of the milky coffee that my father pours out of his thermos, steaming into the damp November air, and sips to warm up. At home coffee is a bitter beverage, objectionable to my young tastes; at the stadium, coffee bespeaks halftime, the closeness of my father and my uncle, a momentary lessening of the tremendous pressure that fills the stadium while the game is in progress. The small, acrid coffee aroma mingles with the other rich stadium smells—of beer, of hot dogs, of liquor, of men’s breath. Above all, the coffee is brown.

Brown is the color of the crowd—a stadium Browns game is the first place that I experience the feeling of being in a crowd comprising many black people. To me they seem friendly, gentle, supportive in a deep, resonant way. They are brown; Jim Brown, something of a god in our household, is brown; the team is named the Browns. It all seems to go together in some inexplicable, mystical way, and I envy these brown people their more obvious identification with the team. In the distance, on the other side of the stadium, the crowd, a mixture of brown and white faces, gray and brown overcoats, and the white vapor of condensing breath, is the color of the coffee that comes out of my dad’s thermos, and so the crowd becomes in memory warm and steamy as well.

Brown is the color of my true love.

From the book On Being Brown, © Scott Huler. All rights reserved.