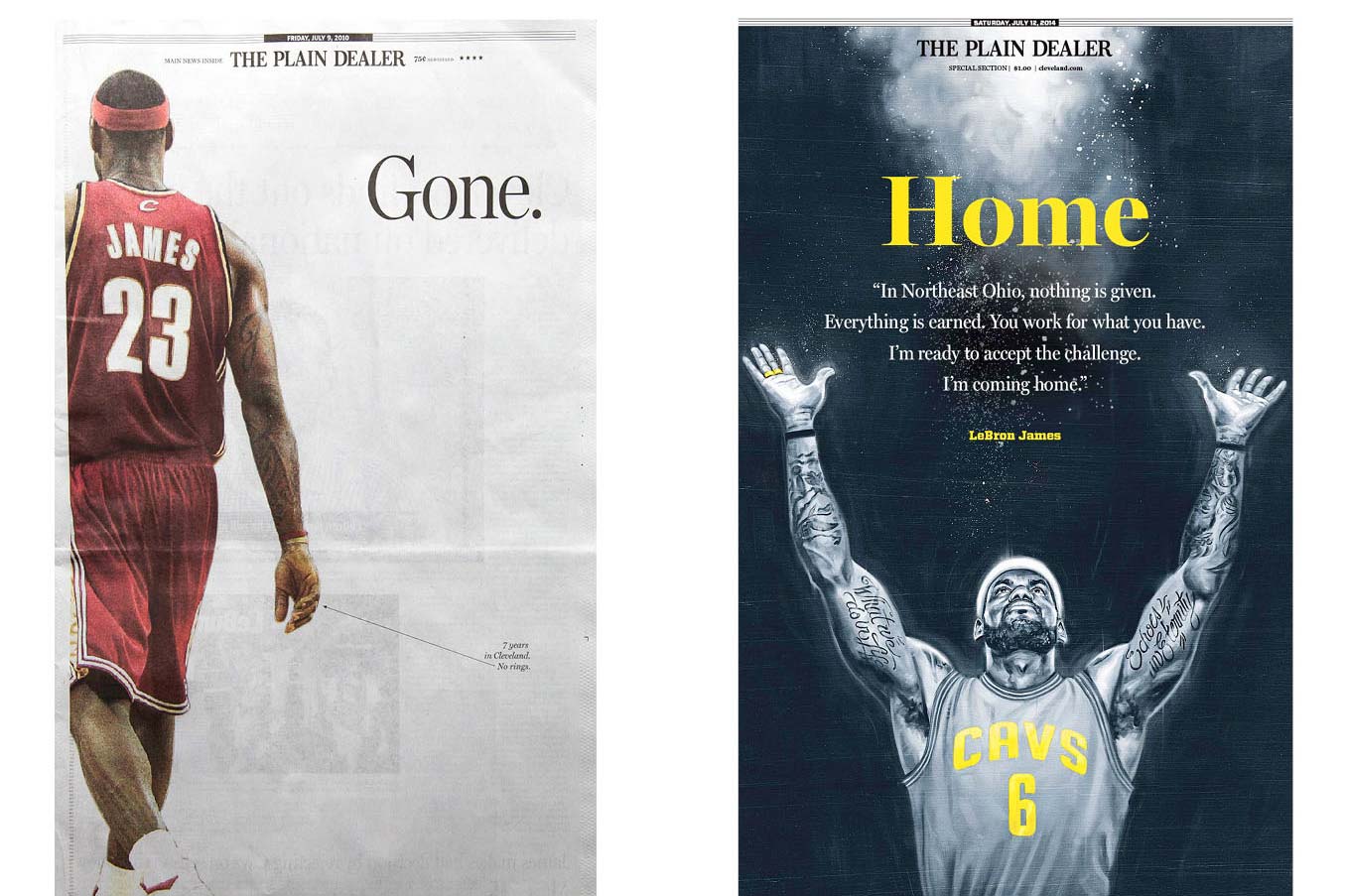 From The Comeback: LeBron, the Cavs & Cleveland, by Terry Pluto

The moment I read the essay, I knew I had to write a book about the return of LeBron James to the Cavaliers.

The essay was written with Lee Jenkins in Sports Illustrated. Some people told me they thought Jenkins really wrote it, and that he basically put the words in LeBron’s mouth.

But most people told me, “I read it and I cried.”

I’m talking about fans who were outraged when LeBron left the Cavs in 2010 for Miami, announcing it during the infamous “The Decision” show on ESPN.

I’m talking about people who said they’d never forgive LeBron for what he did to the Cavs and Northeast Ohio.

Not all of them were so open, so forgiving.

But most were, because they sensed the same thing that I did — LeBron was sincere.

“Who am I to hold a grudge?” LeBron wrote.

He was discussing his meeting with Cavs Owner Dan Gilbert and how they worked out their differences, setting up his return to the Cavs in the summer of 2014.

I quickly realized there has never been a story quite like this in the history of sports — at least, not Cleveland sports.

Here’s the greatest player of his sport at the time. And the player is from Northeast Ohio — from Akron. And he had left home to work elsewhere — like so many Northeast Ohio adults have done.

But part of him longed to go home.

Part of many people from Northeast Ohio longs to come home. I know. They write me . . . a lot. Email after email about Cleveland sports. They talk about how stories online make them feel at home.

People from the rest of country don’t get it. They never will.

But we know why.

We know the hold Northeast Ohio has on us.

We know something else — the team that wins a title in this town will be legendary.

LeBron knew it, too.

As a kid, he said he was a Dallas Cowboys fan. He wore a New York Yankees cap. He insisted he was from Akron, not Cleveland — and said there was a huge difference.

But as he aged, LeBron began to understand. He never sold his house in Bath after signing to play for the Miami Heat. In the offseason, his home base remained home — Northeast Ohio.

He owns houses in different parts of the country, but this would always be home.

And there was something else.

It’s become a cliche . . . so many times, so many players supposedly have “unfinished business.”

But that was reality for LeBron James and Northeast Ohio.

Even if he never won a title, it was going to be a remarkable story.

While I’m not on the Cavaliers beat for the Plain Dealer, I write about them a lot in my job as a columnist. Nearly every Sunday, there are two pages of “Terry’s Talkin’ ” notes in the Plain Dealer. They cover all three teams. I talk to officials from each team virtually every week for notes.

I develop relationships. I interview people for on-the-record stories from the Plain Dealer.

Not long after LeBron returned, I began collecting material for a book — and saving interviews.

By the middle of the 2014–15 season, I started writing a few chapters. When LeBron carried a battered Cavs team into the 2015 NBA Finals, I seriously began to research and outline a book.

So this is not a quick book that began with the Victory Parade to celebrate the Cavs’ title. The actual writing was over a period of 18 months.

In fact, when the Cavs were tied 2-2 in the Eastern Conference Finals with Toronto, I asked a few friends, “If they lose this series, what should I do about my book? Maybe I should hold it for another year.”

But the Cavs came back to win that series. And they came back from a 3-1 deficit to win the NBA Finals. And suddenly, I had to finish the book because I had the ending of all endings . . . one I always wondered if I’d ever have a chance to write.

From the book The Comeback: LeBron, the Cavs & Cleveland, © Terry Pluto. All rights reserved.

Read another sample from this book: Waiting for LeBron