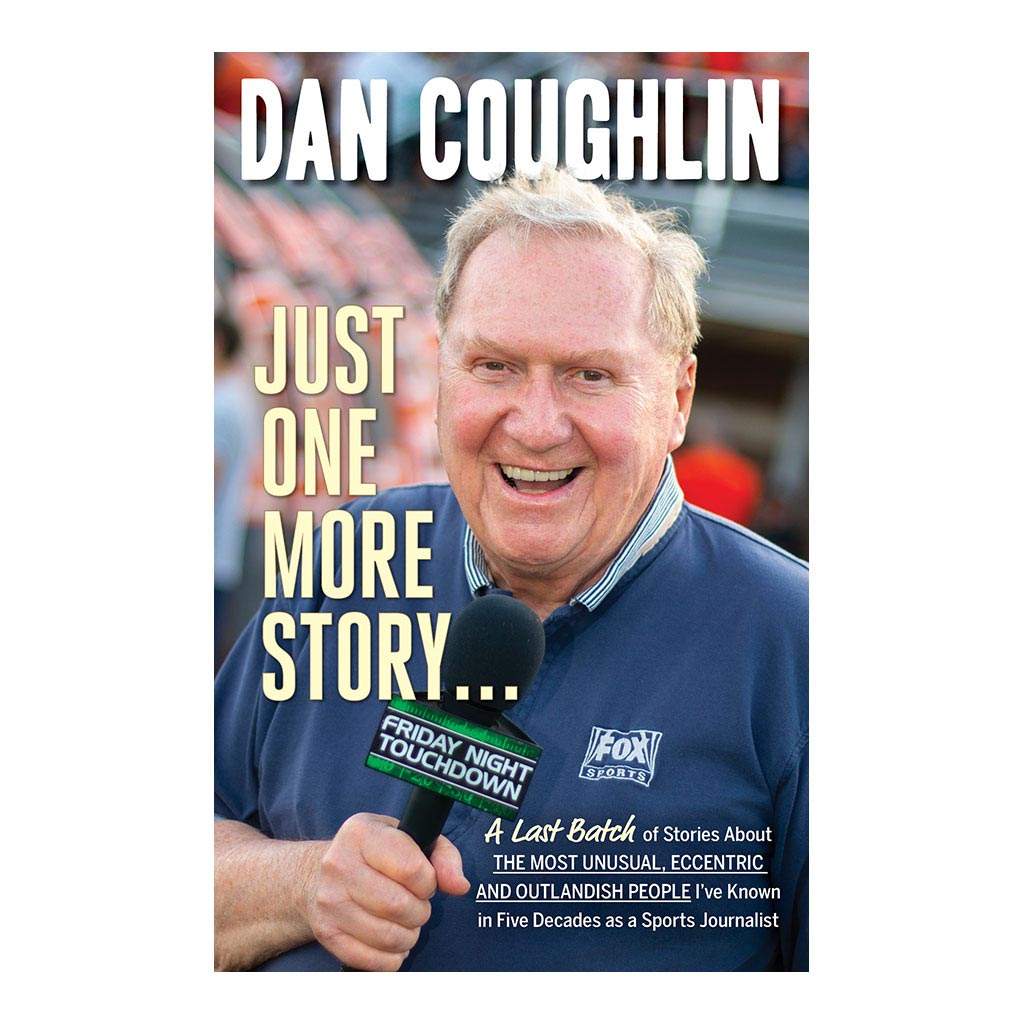 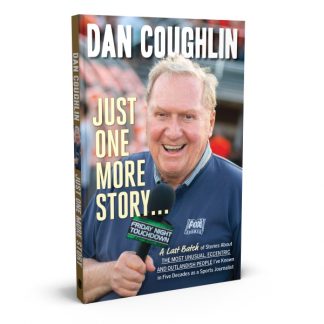 From Just One More Story, by Dan Coughlin

It began as a harmless hobby which ultimately controlled Gene Ditsler’s life and the lives of his wife and three children. Even now, a good 70 years later, he remembers the moment when his heart was broken and his obsessive compulsive nature surfaced.

“It was the most disappointing day of my life,” he said. “I looked up at the board and my name wasn’t on it.”

It was the year 1949. He did not make the eighth grade basketball team at Washington-Clay High School in South Bend, Indiana, a high school that included the junior high grades. He was chunky, not willowy, the way basketball players are supposed to be sculpted, but he was quick, he could handle the ball and he could shoot. Oh, yes, he could shoot. The coach cut him anyway.

Ditsler hungered for a continuing role in the game and he found a way.

“I stayed on as the team manager,” he said. “I made myself the best team manager ever. I dedicated myself to being the best. Hal Lebovitz once wrote that student managers turn out to be more successful than players. They become lawyers, doctors, teachers.”

That was fine, but picking up socks and jocks and keeping track of the towels and uniforms was no hobby. It was work. Child labor laws come to mind. He had access, however, to a basket, a backboard and an endless supply of balls. Each day, when his duties as the student manager were completed, Ditsler practiced free throws. He vowed to become the best free throw shooter on the team, which he did. He beat the players in “horse” every day after practice. When the players were showered and on their way home, young Ditsler was still at the free throw line. Swish, swish, swish. Each shot was identical. Form and rhythm never varied. He shot at the very least 100 free throws every day. Then he turned out the lights in the empty gym and walked home alone in the dark.

Don Schlundt, one of Indiana University’s basketball greats, an All-American in 1953, also went to Washington-Clay High School and would come home in the summers for pick-up scrimmages against other college players. The appearance of the 6-10 All-American Schlundt attracted some of the region’s top college players to South Bend in the summers and also created an opportunity for Ditsler to slip into games.

In one of those scrimmages Ditsler, who was still in high school, hit five outside shots in a row. Even then, if you left a shooter uncovered, you got burned.

“Who the hell has the fat guy?” one of the older college players yelled at his teammates.

In the spring he played baseball rather well, which led him to Western Michigan University. After baseball games and practices, however, he still shot 100 free throws.

Ditsler was lured to Cleveland by recruiters from the Cleveland Public Schools in 1959 and he did not intend to stay.

“My plan was to go to a small town after three years,” he said.

Ditsler longed to return to his roots, to a small town like the fictional one later memorialized in the high school basketball movie Hoosiers. In real life, the stars such as Jimmy Rayl and Oscar Robertson came from towns such as Kokomo and city schools such as Crispus Attucks in Indianapolis.

He never got there. He spent his entire teaching career in Cleveland at junior high schools such as Wilbur Wright and Mooney and at John Marshall High School.

Along the way, he set free throw shooting records at every school. In my files I discovered my story on him in The Plain Dealer in 1973. He had hit 72 in a row in the gym at Mooney Junior High School, where he was the assistant principal.

He obliterated that mark in 1976 when he made 174 in a row in the school gym. A secretary was called away from her desk to rebound for him. What choice did she have? He was the assistant principal.

Don’t take his word for any of this. There were witnesses who rebounded his shots and verified his records. Actually, they didn’t rebound, since he rarely missed. They caught the balls when they dropped through the nets and passed them back to Ditsler at the free throw line. Sometimes he recruited school secretaries, as he did when he made 174 in a row. Other times his wife and three children pulled rebounding duties—none of them happily.

“There was a certain amount of complaining and whining, but they had to do that for the old man,” Ditsler admitted.

There was no joy when Ditsler had an outdoor backboard erected in the driveway of his house at 4328 Wooster Road in Fairview Park, Ohio. His hobby was now coming home with him.

After retiring from the Cleveland schools, Ditsler and his wife, Marge, moved to Coshocton County where they bought 40 wooded acres for harvesting timber, mostly white oak, hickory, maple and wild cherry. On this land is a house and a barn which Ditsler converted into an indoor basketball court. Yes, he still shoots 100 free throws a day, even though he is now in his 80s and his shoulder is killing him. A lifetime at the free throw line has wrecked his right shoulder. His rotator cuff has the texture of shredded cabbage.

His wife is still there, but his children have fled as far away from him as possible. His daughter Jennifer lives in Paris, France. His son Mark lives in Columbus and son Andy lives in Westlake.

“My daughter in Paris has a 13-year-old daughter. She rebounds for me when she visits us,” he said not long ago.

She will probably learn to complain about this in two languages.

The greatest influence on Ditsler’s free throw shooting was all-time star Oscar Robertson—not for the many he made, but for one he missed.

“It was an NCAA tournament game when Oscar was playing for Cincinnati,” Ditsler said. “Cincinnati trailed by one point. There was no time left. When Oscar went to the line he always bounced the ball once and then shot. This time, before taking his second shot, which would have won the game, he bounced the ball twice. He missed. What a lesson. Cincinnati lost in overtime. Consistency is the key.”

As someone once said, “It ain’t bragging if you can do it.”

From the book Just One More Story, © Dan Coughlin. All rights reserved.