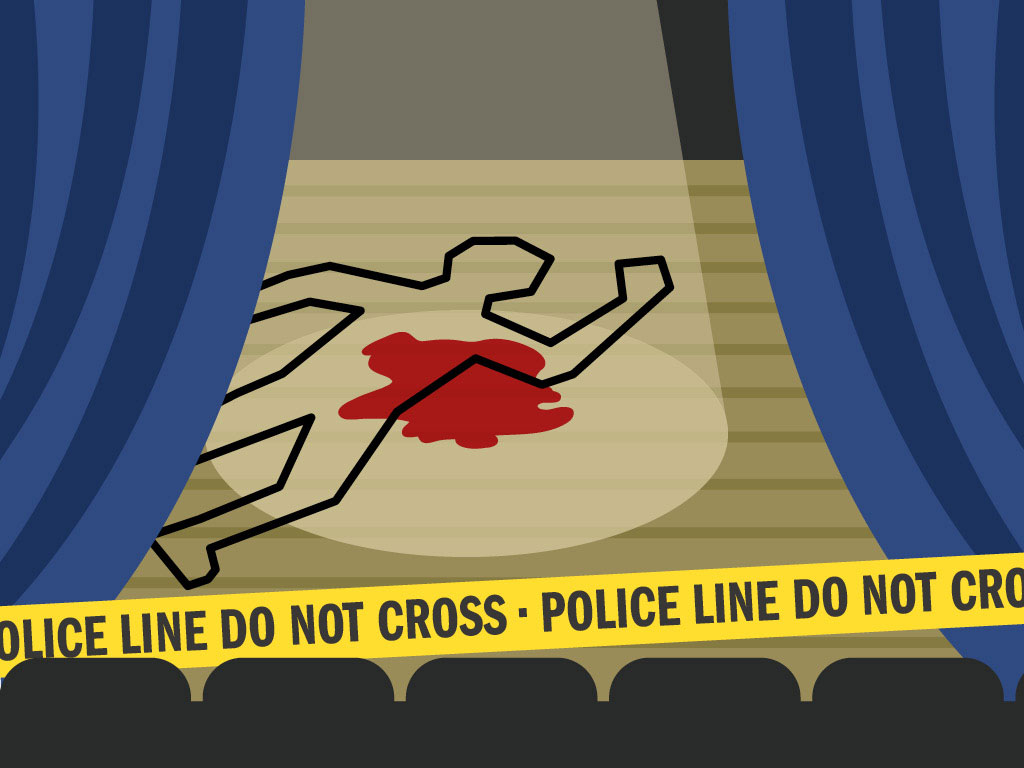 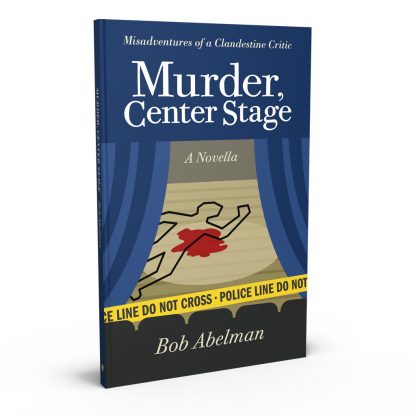 Gwen had been warned about the hazards of the job.

An intense, accomplished, and overachieving sophomore at a local Jesuit college, she easily made the short list for the intern position at the newspaper that had hired me as its theater critic. As we toured the artificially bright and authentically busy newsroom on the way to an interview with Mark, the managing assistant editor of the Chronicle and my boss—me completely fabricating a running, rambling narrative about how things operate around here and Gwen diligently writing down everything—I clued her in on the perils that awaited her in a life dedicated to arts journalism.

“It’s not all fame, fun, and fortune,” I told her. “Taking notes with a pen in a small spiral notebook in a darkened theater is a high-risk enterprise not for the faint of heart. I’m a seasoned professional, yet most of my note-taking ends up on the right thigh of my pants. I’ve taken to wearing light tan khakis to the theater to best facilitate the late-night transcriptions.” She jotted this down, missing the pad she held and leaving a blue trail of words on the palm of her hand. Bonus points for a working sense of humor.

“There’s also the loss of a normal social life when all your Friday and Saturday nights are spent at a theater.” Her blank expression and lack of response suggested that “normal” for her meant “nonexistent,” which was an ideal lifestyle choice for a highly overworked intern.

“Overnight deadlines can be quite stressful,” I added, although I knew from having read her lengthy resume and impressive letters of recommendation that tight turnaround was more of an enticement than a deterrent for a chronic go-getter like her.

“And there’s the very real likelihood of making enemies within the arts community when the job requires a very public critique of their work, which influences their professional reputations and impacts their livelihoods.” When she said that this was the “price a critic pays for being a referee of the muses,” we skipped the interview and I welcomed her to the paper.

Gwen and I shook on it, and some of the blue ink from her sweaty palm transferred to mine.

“Well, I suppose that’s better than spitting on our hands to seal the deal,” I said.

Since then, over the past six months, Gwen has served as a reliable proofreader, all-purpose gofer, and occasional beat reporter.

He was still supportive when the company offered to cast me in its next production, Stephen Sondheim’s challenging musical Sweeney Todd. This was a North Coast Theater decision clearly based on the publicity I offer a production by writing about it and not necessarily what I bring to the stage as a performer in an ensemble role. Famous theater practitioner Michael Chekhov, a nephew of playwright Anton Chekhov and a student of performance guru Konstantin Stanislavski, once said that “an actor has to burn inside with an outer ease” to win over an audience. These days, I tend to embrace the advice of the Hippocratic oath in my acting: “First, do no harm.”

Sweeney Todd’s dense and difficult lyrics, demanding vocal range, and enigmatic melodies meant more engaging backstage stories chronicling my terror, and playing a small role would suffice for our purposes. After all, Plimpton got only five snaps during his short time as a backup quarterback for the Lions, stood for only five minutes in the crease for the Bruins, and sparred only three rounds with Archie Moore.

Of course, the driven and ever-opportunistic Gwen—who has a 4.1 GPA at her Jesuit college, is co-editor of her campus newspaper, and serves as captain of her school’s épée fencing and debate clubs—once again jumped at the chance to get a running byline in the paper during my absence for Sweeney’s rehearsals and run in Taos, and she was more than happy to review the show during opening night when it returned to Cleveland a few weeks later.

I often joked that, if there were such a thing as competitive prayer at her school, Gwen would be its record holder. She often joked that, if I ever got hit by a meteor from space or, less probably, if The New York Times came a-calling for my services, she would be happy to make my column her own.