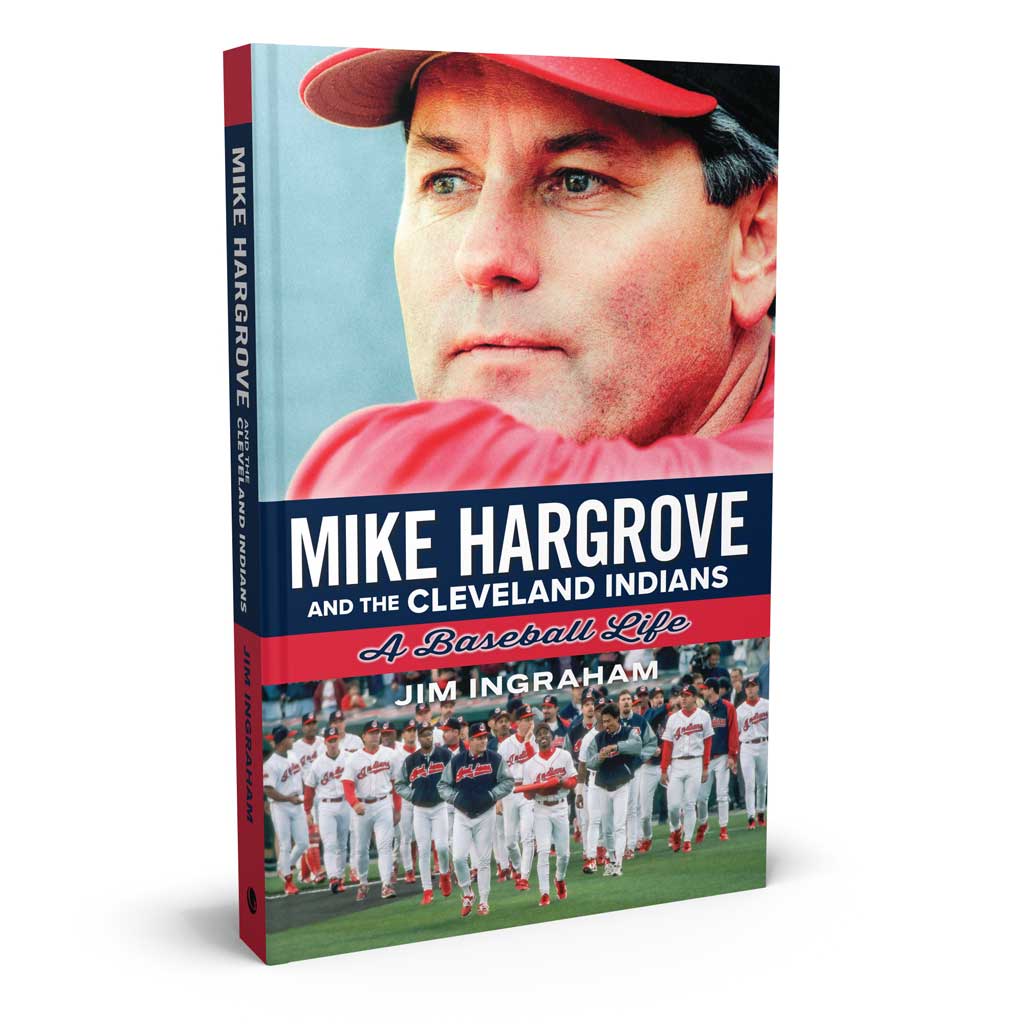 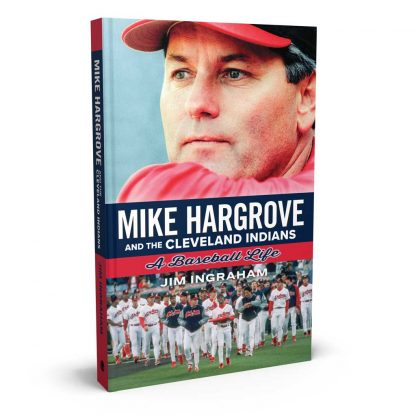 From Mike Hargrove and the Cleveland Indians, by Jim Ingraham

Perryton is in the Texas Panhandle, 7 miles south of the Oklahoma state line, on the other side of which is the Oklahoma Panhandle. Perryton is about as far away from professional sports as a town in Texas can be.

The Perryton High School Rangers—Hargrove’s high school, college, and first major league team were all nicknamed “Rangers”—represented the one and only high school in Perryton, with an enrollment at the time of about 450 students. None of them, including a future American League Rookie of the Year, played baseball for the school, because the school had no baseball team.

“They had football and basketball in the fall and winter, and in the spring, they had track and golf,” Hargrove said. “I was on the golf team because I hated to run.”

He also played football and basketball, and excelled at both. As an all-state football player—he played safety and was the backup quarterback—he was recruited by Texas A&M and TCU.

“One of the schools in our conference was in Muleshoe, Texas,” Hargrove said. “Their nickname was the Mules, but they could have been called the donkeys, because they weren’t very good at the time. They were 250 miles from Perryton, but they were in our conference.”

He did play some organized ball as a teenager. But it wasn’t baseball.

Dudley Hargrove, Mike’s dad, stood about 6-2, 165 pounds, and in the mid-1950s he played on Perryton’s traveling hardball team. The team consisted of men, ages 25 to 40, who would play games as far away as Colorado and New Mexico. Dudley got seen by scouts and, legend has it, was invited to go to spring training with the Dodgers one year. But his father wouldn’t let him go because it was wheat harvesting time, and he had to help out on the farm. The next year he got invited to the New York Giants’ camp, but he had pneumonia and couldn’t go.

Time passed, and so did Dudley Hargrove’s unfulfilled baseball career. But then came softball, when again he was the star of his team—as was his precocious son.

“When I was 13 or 14, I was too old to play in the YMCA league, and we didn’t have an American Legion team,” Hargrove said. “So, for a couple of years I played on that fast-pitch softball team with my dad and his buddies. I hit third and Dad hit fourth. That was pretty cool. He was the third baseman and I played first.”

Hargrove the Younger became a teammate of his father’s one day when the team had a game, but didn’t have enough players because the shortstop didn’t show up.

So, there’s Hargrove the Younger, at age 13 or 14, hitting third in the lineup of a fast-pitch softball team on which all the players were in their late 20s to mid-30s—including his father. And the kid more than held his own.

“I did pretty well,” Hargrove said. “One time we were playing in Pampa, Texas, and they had this really good pitcher. I came to the plate and I hit a triple off the right-centerfield wall. I’m standing on third and I heard somebody yell at the pitcher, ‘I told you he could hit!’ And then Dad came up next and hit the ball out of the ballpark.”

At the time, travel fast-pitch softball teams were a thing in Texas.

Hargrove went into the experience as a wide-eyed teenager. He came out of it as a teenager with not-so-wide eyes.

“I learned a lot playing on that team with my dad,” he said. “A lot of it I wished I hadn’t learned. But he kind of prepared me for the clubhouses in the big leagues. I enjoyed playing with him.”

It was about that time that Hargrove, then in the eighth grade, attended a Perryton High School football game as a spectator. Also at the game was Sharon Rupprecht, a seventh grader.

That marked the founding of the Hargrove/Rupprecht baseball alliance. They married in 1970, when he was 20 and she was 19. To this day, almost half a century later, she’ll bust his chops by occasionally, mockingly, calling him, “He’ll do.”

But it began for both of them in Perryton.

The same small-town principles applied years later, when they raised their family in Perryton during the off-season, and throughout the many places they lived during Hargrove’s career.

“Mike used to say when we lived in Perryton that if the kids don’t come home when they’re supposed to, he could make three phone calls and find them,” Sharon said. “But if they didn’t come home in Cleveland, he didn’t even know where to start looking for them.”

In the 1960s, Hargrove became the big man on a small high school campus, and had a distinguished career in every sport he played, except for the sport at which he would make his living for 35 years as a professional. As a high school senior, with his fast-pitch softball career over and his hardball career, as far as he knew at the time, also over, Hargrove was recruited by Texas A&M and TCU to play football. Instead, he accepted a full scholarship from an NAIA school, Northwestern Oklahoma State University, to play basketball.

“I liked basketball better then, even though my favorite sport, to this day, is football,” he said.

“When he was playing for the Rangers,” said Sharon, “we would go to Dallas Cowboys games and he’d sit there and say, ‘Gosh, I wish I’d made it in football.’ ”

Another reason Hargrove chose basketball in college was his experience playing for his high school basketball coach, Roy Pennington. “He was one of the most influential persons in my life,” Hargrove said. “He was the guy, if I had problems with anything or needed some advice, I’d go to him. And I really enjoyed my basketball experience in high school.”

“I had a friend from high school who went there, so I had kind of an in there,” said Hargrove, who in 1993 was inducted into the Northwestern Oklahoma State Sports Hall of Fame.

“I went there on a full ride to play basketball. I had no thoughts of playing baseball at all,” Hargrove said. “My freshman year we started basketball in late August and didn’t get through until late February. When we got through, I was tired. And all my buddies were getting to go out and have fun. That’s what I wanted to do.”

It was a life-changing conversation:

“Are you going to go out for the baseball team?” his father asked.

“Dad, I’m tired, and these guys are good. I can’t play with these guys. I can’t compete with them.”

“I guess I don’t. But basketball was tough enough.”

So, Hargrove the Younger did.

“And I’m glad I did,” he said. “It almost makes you sick to your stomach, thinking about it now. Because if I hadn’t done that, Sharon and I, our goal when we got married was to get our teaching degrees and I was going to coach football and she was going to teach. We would have been retired by now, and it wouldn’t have been in Cleveland, Ohio. Looking back on it now, especially in the last couple of years, I’ve come to the realization about how God’s hand has been in my life, without me even being conscious of it.”

From the book Mike Hargrove and the Cleveland Indians, © Jim Ingraham. All rights reserved.