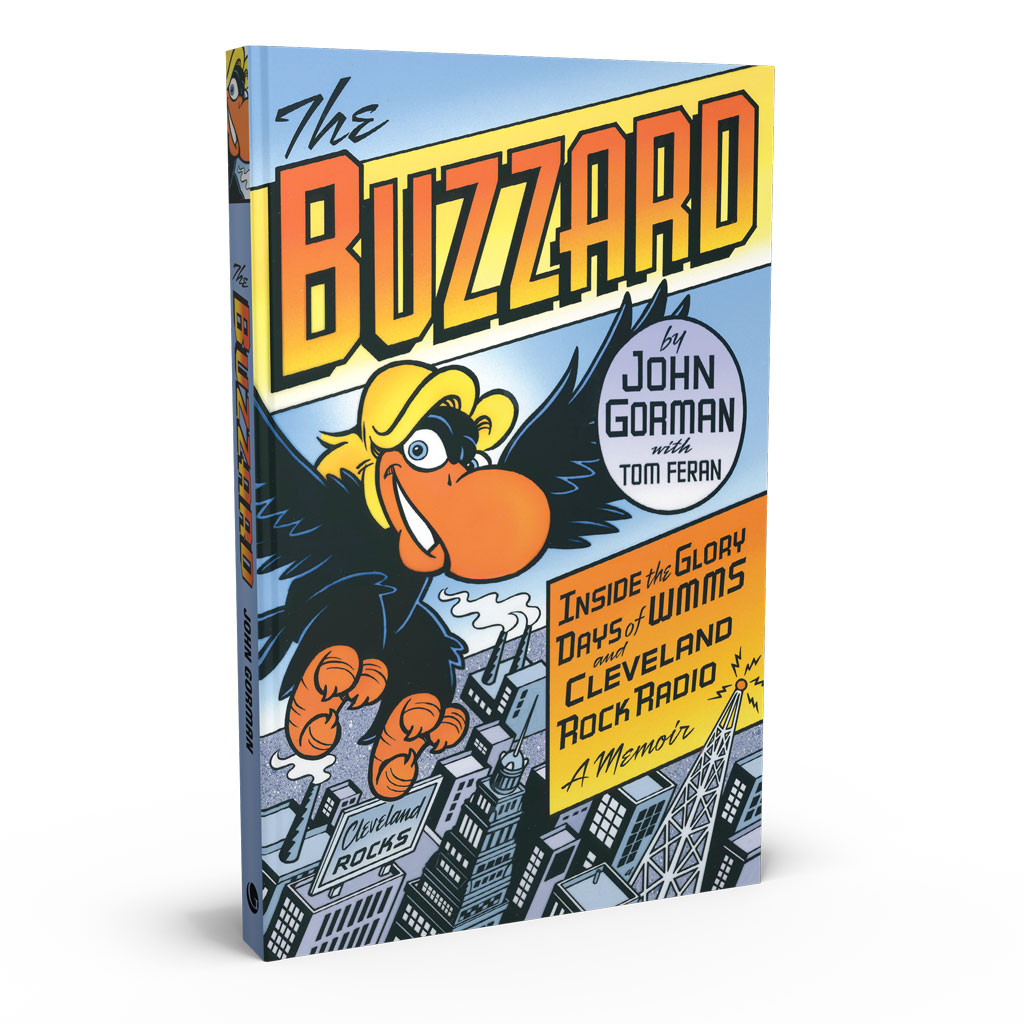 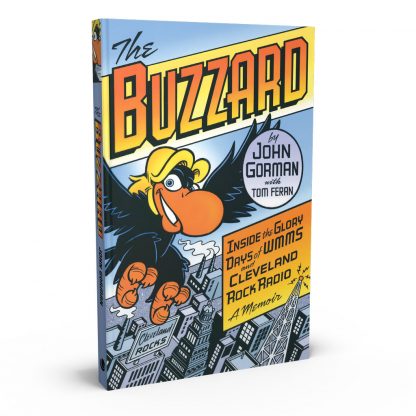 From The Buzzard, by John Gorman

Fourth of July 1973. Welcome to Cleveland. There was a dead pigeon on the windowsill of my room overlooking Public Square in the Sheraton-Cleveland Hotel. Despite several calls to the front desk, the pigeon remained part of the decor for three long, hot, muggy days. It matched the desolate street scene below. Sure, this was a holiday, but still—at 10 a.m. there was not a single car or person on the street.

I’d come from Boston, the city I loved, to take the new job of music director at WMMS—a promising, “free-form” radio station whose program director and morning host, Denny Sanders, was an old friend in need of help.

Metromedia, WMMS’s former owner, had recently sold its Cleveland properties to Malrite Broadcasting, a small company relocating from suburban Detroit. Most of the staff, fearing an inevitable format change, had resigned. Denny was now program director, trying to keep the station on the air with a limited staff hired largely from the Cleveland State University station.

The clock was ticking. Malrite’s purchase of WMMS had been held up when a community group, led by activist Henry Speeth and a young councilman named Dennis Kucinich, convinced the Federal Communications Commission that the station’s progressive format provided a unique public service. Malrite, which planned to change it to country, agreed to retain progressive rock for one year, starting in January 1973. If the station failed to generate revenue and ratings, Malrite would be free to change.

Denny asked if I was interested in coming to Cleveland. I was. It sounded like a challenge and, maybe, fun.

Malrite was putting me up at the Sheraton-Cleveland for my first two weeks of employment. I was expected to find a place to live in that time. What furniture I had wasn’t worth the trouble of moving, and I hadn’t owned a car for months because Boston’s extensive transit system made one unnecessary. I had rented a small truck to move my records, books, files, and clothes, and I’d be searching for a furnished apartment on a bus or train route.

The Sheraton-Cleveland was frayed and musty. The hallway connecting to the Terminal Tower reeked of urine. The gutters on Public Square were littered with trash. Twelve blocks up Euclid Avenue, I was amazed to see a department store, Halle’s. It was the only sign of life in an area whose name, Playhouse Square, appeared suited only to history. Its theaters were boarded up, seemingly abandoned.

I drove my rented truck to the WHK-WMMS studios on Euclid Avenue near East 55th Street to meet Denny, who was waiting in the parking lot off Prospect Avenue. The building’s once-imposing facade at 5000 Euclid Avenue recalled the time, a generation earlier, when it was a glittering broadcast center, complete with auditorium and theater marquee.

Now it could have been a struggling old factory. The WHK call letters, on a vertical marquee, were grimy, and there wasn’t even a sign for WMMS. The back of the building was tarpaper. To its left on Euclid stood a bank; on the right was a Blepp-Coombs Sporting Goods store with Indians and Browns jackets in the window. The view didn’t improve inside the stations’ dingy lobby. It was a place where the woman who ran a small snack stand died behind the counter as she was closing up one evening, and no one noticed or cared until the stench became unbearable.

There were two other cars in the lot. One belonged to Hal Fisher, the general manager. Lugging a briefcase overflowing with papers, he was wrapping up a half day of work on this holiday morning. “You must be John Gorman,” he said as he shook my hand. “Welcome aboard. I’m looking forward to working with you.”

I hauled boxes upstairs, to the stuffy loft that was the music library and my office, while Denny got some paperwork out of the way, and decided to pass on a station tour in favor of lunch. My primary concern was finding a furnished apartment, and I pulled out the Plain Dealer classifieds as we waited for corned beef sandwiches at Hatton’s Deli, a few blocks down Euclid.

From the book The Buzzard, © John Gorman. All rights reserved.