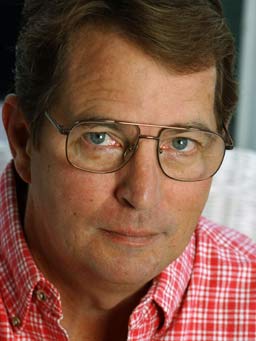 John H. Tidyman is the author of eight books and has written for just about every publication in Northeast Ohio. After graduating from Lakewood High School, he was drafted and fought in the Vietnam War, and returned a 19-year-old buck sergeant. After stints as a waiter, a warehouseman and an air freight agent, he joined the Cleveland Press as a reporter. He has been writing ever since.

Good Guys and Bad Guys: The Real Life Stories From Cleveland Police
When writer and author John Tidyman set out to chronicle the street life of Cleveland cops, he wanted cops to trust him and tell the true stories that would otherwise never find the light of day. Mission accomplished — and John provides an intimate look at the men and women in blue. He talks about the difficulties getting cops to let down their guards, and true stories that are tragic, hilarious, fascinating, and frightening. Before you leave, you’ll have a much better understanding and appreciation of police work in a major, metropolitan city.

Gimme Rewrite, Sweetheart
Gimme Rewrite, Sweetheart is the unique collection of stories-behind-the-stories from Cleveland newspapers. Former Press reporter John Tidyman sat down with reporters, photographers and editors from the Cleveland Press and Plain Dealer, and collected the stories from the players in the most competitive business in town. Here’s a fascinating look at the men and women, who, during the days of newspaper competition, were responsible for discovering and reporting to us the news that shaped our lives and communities. Their methods weren’t taught in journalism schools — the ink-stained wretches covered stories by hook-and-crook, dumb luck, remarkable enterprise, and old-fashioned shoe leather. (They wouldn’t have it any other way.) Alas, the that era fades away, but John’s talk is lively, animated, and the most entertaining modern history lesson ever.