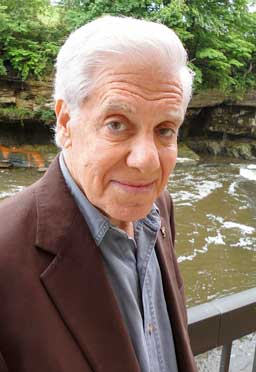 Les Roberts is the author of 17 mystery novels featuring Cleveland private investigator Milan Jacovich, as well as 11 other books of fiction. The past president of both the Private Eye Writers of America and the American Crime Writer’s League, he came to mystery writing after a 24-year career in Hollywood writing and producing television shows. He has been a professional actor, a singer, a jazz musician, and a teacher. A native of Chicago, he now lives in Northeast Ohio and is a film and literary critic.

Getting Away With Murder
A general discussion about writing in general and writing mysteries in particular.