Only in Cleveland … One of the great joys of watching sports is that there’s always a chance you will see something you’ve never seen before. Sometimes, it’s dramatic. No-hitters. Last-second Hail Mary touchdowns. And sometimes, it’s just hilarious … 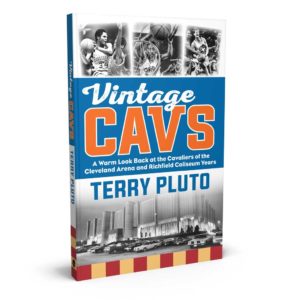 A Game from 1988: The Cavaliers vs. Michael Jordan and the Bulls

The Bulls were so young, future stars Scottie Pippen and Horace Grant were coming off the bench. And the Cavs? They had John Williams, Craig Ehlo and Dell Curry coming off their bench. These were two good teams who indeed would be battling it out in the playoffs for several years. This was not Michael Jordan’s “Shot” in Game 5 of the 1989 playoffs. It wasn’t a playoff game at all. It was just a March night in the NBA from decades ago at my favorite place to watch a game. The Richfield Coliseum. 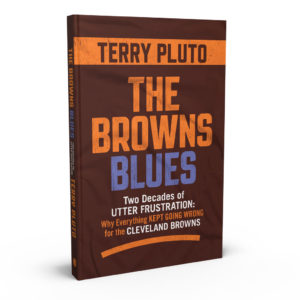 I can’t confirm this, but I often heard Randy Lerner promised his mother he’d keep the Browns for 10 years. Randy took over as owner when Al Lerner (his father) died on October 23, 2002. The sale of the Browns to Jimmy Haslam was announced on August 2, 2012. Pretty close to 10 years. The sale closed with what former Browns CEO Joe Banner called “unprecedented speed . . .” 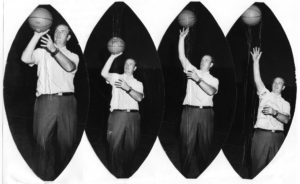 It began as a harmless hobby which ultimately controlled Gene Ditsler’s life and the lives of his wife and three children. Even now, a good 70 years later, he remembers the moment when his heart was broken and his obsessive compulsive nature surfaced … 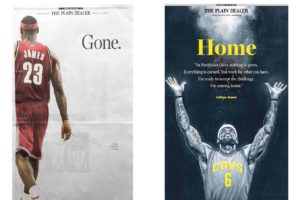 The Comeback – About This book

The moment I read the essay, I knew I had to write a book about the return of LeBron James to the Cavaliers. The essay was written with Lee Jenkins in Sports Illustrated. Some people told me they thought Jenkins really wrote it, and that he basically put the words in LeBron’s mouth. But most people told me, “I read it and I cried.” … 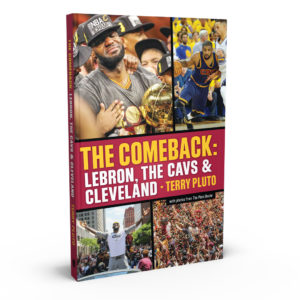 Dan Gilbert was worried. The man who started a mortgage company called Quicken Loans hates to wait. And he hates to feel that everything is not in control. But it can be argued that Gilbert had been waiting for four years for a chance to bring LeBron James back to Cleveland, four years to “make this right” …